We woke up early to pack our belongings and load up the van. Before leaving, we said heartfelt goodbyes to the farm and the family, which created an emotional moment for everyone. Brandon, Lenin, Martha, and Lucia would be traveling with us throughout the day, so we still had some time with them. We stopped to grab a variety of breads in Los Bancos for breakfast. There was chocolate, pineapple, cheese filled, and plain bread options for us. We ate as we continued the two-hour drive to Quito.
Upon arrival, we went to el teleferico, which is a gondola lift ride to the top of the Pichincha Volcano. The carts held 6 people and the ride to the top last 18 minutes. The elevation in Quito was around 8,500 feet and the elevation at the top of the mountain was over 13,00o feet. Needless to say, the view truly took our breath away. We were able to see how big Quito is and clearly see how this landscape compares to the one we had seen throughout the week. We then rode back down the mountain and got lunch at a vegetarian restaurant.
It was rush hour in the city, so traffic was a reality for us. Without traffic, it can take up to two hours to travel from one end of Quito to the other. Many people have left the rural areas in search of opportunity in the city. However, poverty is present in the city as there is not enough work. Unlike in rural areas, the city does not have easy access to food from plants to sustain those struggling to afford food.
We arrive at the artisanal market to pick up some survivors. Of course, we bargained, as that is part of culture. We then got dropped off at some near by churches to see the outside of them. Each church seemed to have a legend attached to it. One church, for example, had several intentional unfinished details on it, as legend said that once the church was finished – that would be the end of the world. The architecture of the churches represented Ecuador in the fact that there were native animals on the outer walls of the building. We had a final, short reflection on the side yard of a church. The reflection focused on the community of the group and the last 11 months that have led us to have this experience. From there, we also had a chance to walk by the president’s house, although it is optional for them to stay in that house. The current president was not home, as he does not feel safe in Quito due to protests that occurred in October. Bibi told us that only one president has ever been assassinated in Ecuador. That president had been killed on their way to work one morning by someone with a machete. From a distance, we were able to see the Virgin of Quito statue, which depicts the mother of Jesus. The statue is meant to show her protection over the city.
We then headed to dinner. In order to prepare for the transition back home, we went to a burger restaurant. We enjoyed some burgers and fries, as we said some few toasts for our last meal with our Ecuador family. After eating, we drove an hour to the airport. We gathered our belongings and said goodbye to our talent, fearless bus driver who had transported us safely all week while listening to our nonstop singing and laughing. Inside, we hugged Martha, Lenin, Brandon, Lucia, and Bibi goodbye. We thanked them for an incredible week, and it was clear the feeling was mutual. We planned to skype, call, or visit them soon. As the reality set in that this would be the last time we see each other in person for at least a while, emotions were high and tears began to fall. Words cannot express the simultaneous gratitude and intense sadness felt in these final moments. The look in everyone’s eyes went beyond language barriers to express how much our new family would be missed.
We headed to the ticketing counter, Bibi and her family stayed to ensure we got our tickets smoothly. As we were wrapping up at the counter, we waved one final adios to them. It was a smooth process getting to our gate. Our flight departed at 12:45am, so it was a restful ride home. We made it through customs and security in Atlanta with ease. Finally, we landed in Pittsburgh and campus staff members drove us back to Erie.
Neither our group nor the family of Nido de Vida expected to gain so much from our experiences together. It is amazing the transformational experiences and love that can be found in unexpected places – like a small subsistence guinea pig farm in rural Ecuador. Our hearts are full as we return home, even though we left a part of them on the farm. 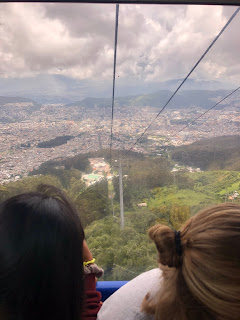 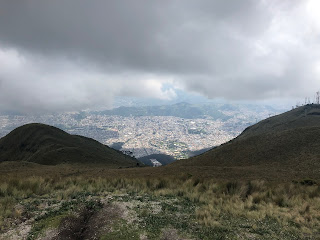 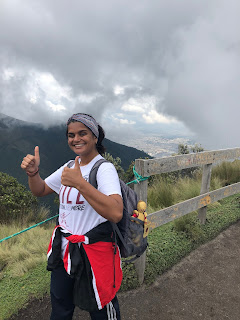 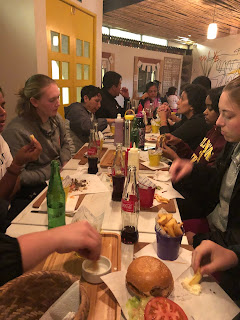 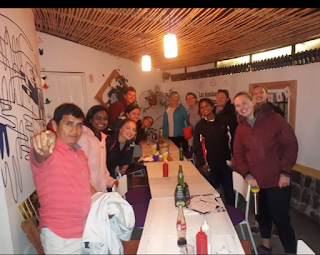